Krashes is known for paintings of refracted imagery based in personal experience. In early works he represented himself dematerialized by reflections in multiple mirrors while on exercise equipment or in physical therapy. Those paintings were more often than not self-reflexive.

Since then, the focus of his work has moved outward, as he balances his ongoing role as a community organizer in Brooklyn near the Atlantic Yards development with his artistic practice. Everyday activities continue to shape the imagery he uses.

“Put simply, I play a role in shaping what I paint before I paint it. A letter in my work is a letter that needed to be sent, a meeting is a meeting I helped to organize, I had a stake in the outcome of the rally. As a result, the paintings are the last step in a process I have been engaged with from beginning to end.” Themes of empowerment and critique emerge in Krashes’ painted political narrative. Opulent public architecture serves as a proxy for government processes that may be more show than substance. Cameras represent the media as a conduit for messages, but also as a potentially distorting instrument. More optimistically, a seed-bomb “factory” and portraits of kids whose faces were painted during a neighborhood block party function as emblems of self-empowerment.

For Krashes, in addition to aesthetic challenges, painting is a product of situations in the real world that must be acted upon. Crucial issues outside the studio are drawn into the work as a consideration of point of view, and in order to inspire the engagement of others. For more information and images, please contact Stephanie Theodore at 212.966.4324 or at theodoreart@gmail.com 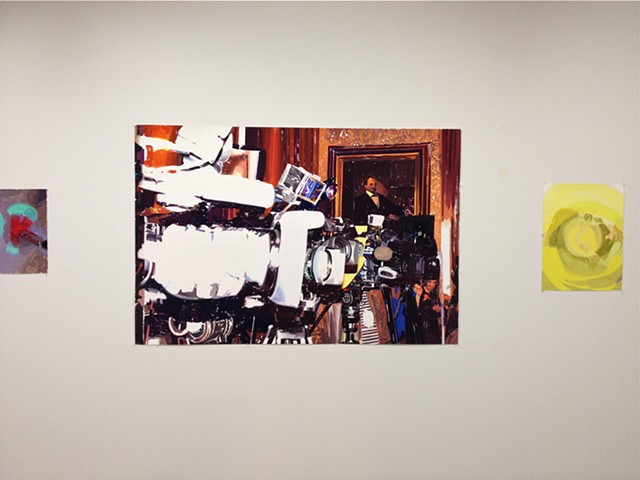