The Appellate Court in Brooklyn Borough Hall is a particularly fancy room that conveys authority. The show Law and Order may have even used it as a set.

During the approval process of Atlantic Yards, I noticed that the borough president’s meetings—held in this room—covered all issues associated with the environmental review process except land use. I brought this omission to the attention of the community boards, and despite the fact that it was their time that would be wasted, they asked him to schedule a meeting. Although the developer and state were the only ones with information, they did not attend, so the community boards and elected officials met with city agencies instead. 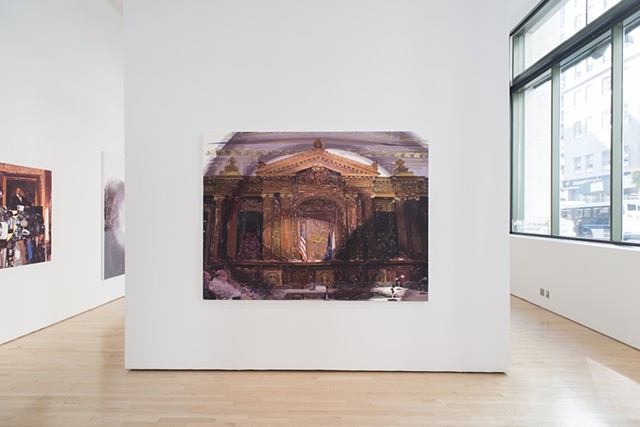 Empty Mics
click on image for text
< previous next >